Take That tribute band ‘Rule The World‘ were delighted to perform for a very special man named Bob Lister. Bob booked the band for an event last year but had to cancel after he was unfortunately seriously injured in a motor bike accident. After almost 12 months in hospital, Bob dropped ‘Rule The World’ an email telling the tribute band he was determined to finish what he started!

Our Take That tribute band performed at the event last weekend on Saturday 21st September 2013 at Bentham Town Hall to a sell out room packed with over 300 people! They performed all the Take That hits from the 90′s right up to now and had the audience on the dance floor throughout the night.

The Take That tribute were also very lucky to meet star of ITV1′s Emmerdale Tom Lister who was Bob’s nephew! Tom starred in Emmerdale for 9 years playing the hugely popular character Tom King. Tom King met his gruesome end in the show when he was dramatically killed off by being hit round the head with a brick on the shows first ever live episode for the 40th Anniversary.

Tom also took to the stage at the event and sung a couple of swing numbers that brought the house down! He was very popular with the crowd! 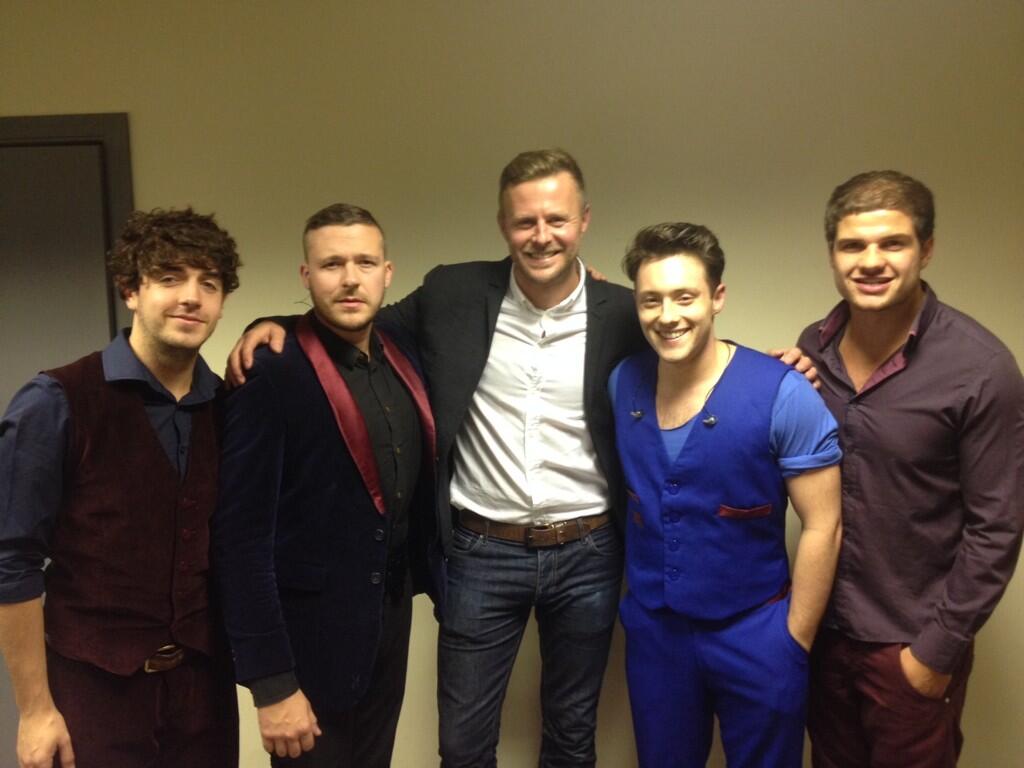