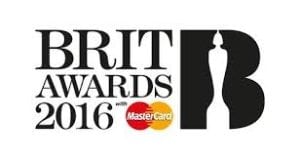 In a poll commissioned by the Brit Awards hosts ‘Mastercard’ to establish the best comeback of all time, it has been reported that Take That’s return to music in 2010 has been voted a surprise winner, beating that of Adele and David Bowie. Take That reunited with Robbie Williams in 2011, which brought the original band back together again.

‘Beautiful Day’ by TakeThat was also listed in the poll as one of the best comeback albums.

Of the artists much missed, Freddie Mercury is the star most people would dream of seeing again, with almost half of all Brits (47.6%) dreaming of a Bohemian Rhapsody reunion. Elvis Presley, The Beatles, Amy Winehouse and Michael Jackson completed the top five.

Tonight, we shall see who takes the music gongs for sure. Tune in to watch the line-up tonight, February 24 2016, live from London’s O2. Ant & Dec will be hosting the show and there will be a tribute to the late David Bowie.

The nominations will be hosted by Laura Whitmore on ITV at 10:40pm tonight, so we will let the TV surprise and excite you, but we can tell you that Rihanna, Adele, Justin Bieber and Coldplay, among others, are scheduled to be playing live tonight.

We will be reporting back with more updates as they happen tonight, so let’s hope that you all enjoy the Brit Awards and that one or two of your favourite artistes will be winners!