One Direction? Reunion? What!? 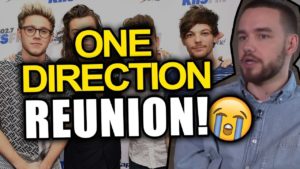 Former One Direction band member Liam Payne has sent fans into overdrive as he admits talking to the rest of the gang about a possible reunion!

Apparently he seems pretty certain that they will definitely perform together again…eeek!

Not only that, but it sounds like it is going to be a massive event!!

Liam says, “We’ve all spoken about it, the dream for this most fantastic show, I think it will happen at some point.”

So you can imagine due to the HUGE fan base the news has gone down incredibly well. Fans have struggled to contain their excitement on social media…

‘This is not the end,’ one commented, whilst another wrote: ‘Im waiting for them!!!’ And one emotionally confessed: ‘I cannot hold back my tears, this going to be epic….’

However, it’s unclear if Zayn Malik, who left the group in 2015, would be included in any future reunion. Which will be sad for Tribute Acts Management’s Grace as he’s her favourite member!

Although for now you can have the next best thing with our Tribute Acts Management One Direction groups!