This marks the 30th time that the charismatic brit has been featured on one of the compilation albums, with his first one coming in 1997 with ‘Old Before I Die’. 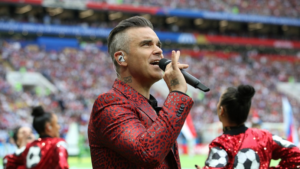 It’s a busy time for Robbie, as he was recently announced as one of the new judges for this years X-Factor and last month he joined Taylor Swift on stage during her second night at Wembley. 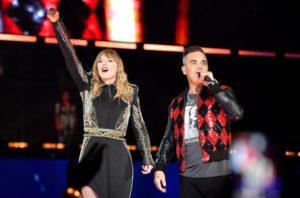 Speaking about his new venture, Robbie said “I’ve done tour, promo, tour, promo for nearly 30 years so it’s time to branch out and do something different!”

However, this new record is just another trophy to add to Robbie’s impressive cabinet, and he will no doubt be just as proud!

Here at Tribute Acts Management we absolutely LOVE Robbie and it comes as 0 surprise to us that he’s been included on this special anniversary edition of the iconic compilation album!

If you’re a Robbie Williams fan then check out our extensive range of tribute acts to the man himself, HERE!