Yeah…we’re still racking our brains too. This explosive, multi-talented group should win it let alone be nominated (In our opinion).

The 2018 Brit Awards have been under fire this week from angry fans that seem a little confused that the group didn’t make it. Although the girls have made the list for “Best Video” and “Best Single”, the artists up for the prize of “Best British Group” this year are London Grammar, Royal Blood, Wolf Alice, The xx and Gorillaz.

We agree the artists nominated are unbelievable BUT Little Mix have had an amazing 2017. Put it this way their album Glory Days was released in 2016 BUT still managed to be the fourth-best selling of the year AND the biggest-selling group album…pretty good huh?!

We all wonder here at Tribute Acts…hmm…when will an all female group win this category?

A Touch of Little Mix mingled with the stars at Yorkshire Wildlife Park last year, playing to 1000s of people in an open air festival, sharing the stage with pop sensation Peter Andre and Atomic Kitten! Well done girls! 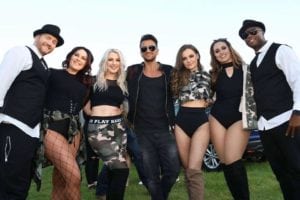 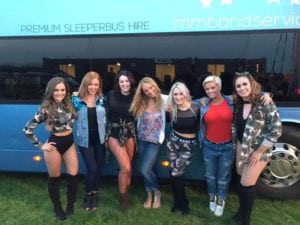