The former Beatle will use 3 UK Tour dates- his first in the county for over 3 years to promote his brand new upcoming album ‘Egypt Stations’.

Sir Paul McCartney has announced that he will be performing three live UK shows as part of his ‘Freshen Up’ 2018 tour. This is the first time Sir Paul will have played in the UK in over 3 years and it will no doubt send fans into a frenzy.

The legendary Beatle is set to release his 17th solo album ‘Egypt Stations’ on September 7th.

The news comes after McCartney announced he would be playing a string of live dates in Canada. The ‘Freshen Up’ tour is set to be a real spectacle and Sir Paul said “the name refers to freshening up our show and playing some of the songs from the new album alongside the songs we know you all like to hear”. 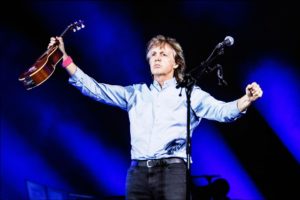 The UK dates are set to be in London, Glasgow and of course, the home of the Beatles, Liverpool!

Tickets go on sale at 10am on July 16th and the show dates are as follows:

Here at Tribute Acts Management we absolutely love Sir Paul and the Beatles and will be doing our very very best to get hold of tickets!

If you miss out however, why not check out our range of tribute acts to Paul and The Beatles! You can do so by clicking HERE!