Filed under: Blog, Festivals, Interviews, News 1 Comment
BRING ON FIREFEST 2018!
Tribute Acts Management are delighted to announce that MULTIPLE acts of ours will be performing at the FireFest 2018 Festival!
FireFest is a brand new summer time festival in Birkenshaw, Bradford that is being produced in aid of ‘The Fire Fighters Charity’. Firefest promises to be a fantastic family day out and is not to be missed! After the success of the Early Bird ticket offers, which sold out almost immediately, one more batch have been released so BOOK NOW to avoid disappointment! 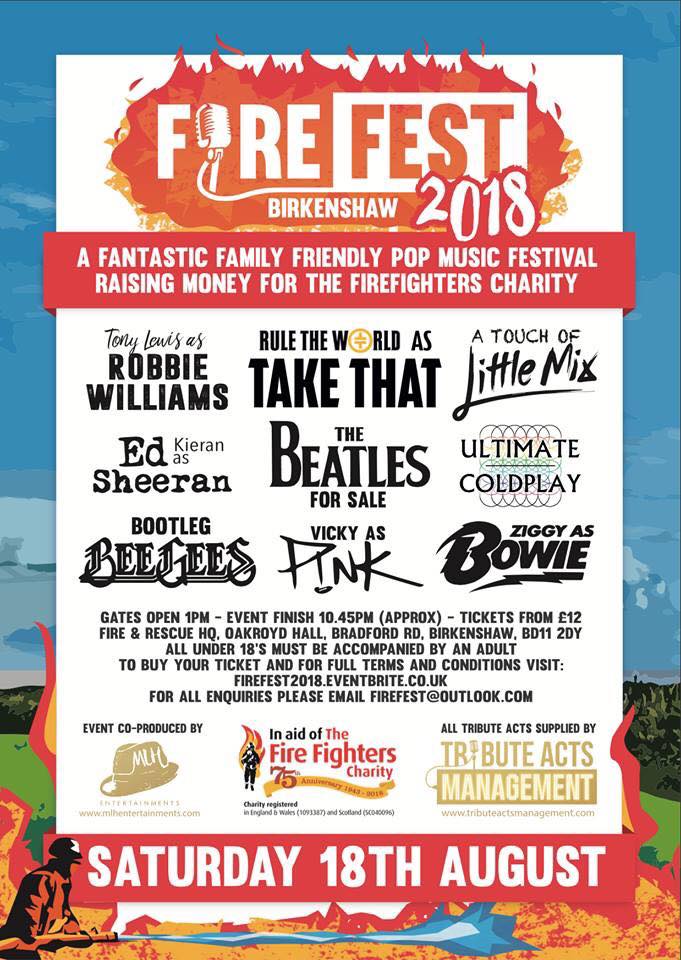 Our acts involved are the amazing ‘A Touch of Little Mix’, ‘Ultimate Coldplay’, ‘Kieran as Ed Sheeran’, ‘Vicky As Pink’, ‘Tony as Robbie’, ‘Ziggy as David Bowie’, ‘Bootleg BeeGees’, ‘The Beatles For Sale‘ and the night is being headlined by the incredible ‘Rule the Word’ as Take That.
SEE THE VIDEO HERE!
Company Director and performer in ‘Rule the World’ Matt Hall said, “We’re so honoured and delighted to be performing for such an amazing cause and it’s going to be a real pleasure sharing the stage with so many other amazing acts!”
‘It’s going to be a real treat. There’s something for everybody in the family. Not only do we have the main stage, but there’s also lots of fun activities including ‘Freddy The Fire Engine’ and a gin tent for the adults!” 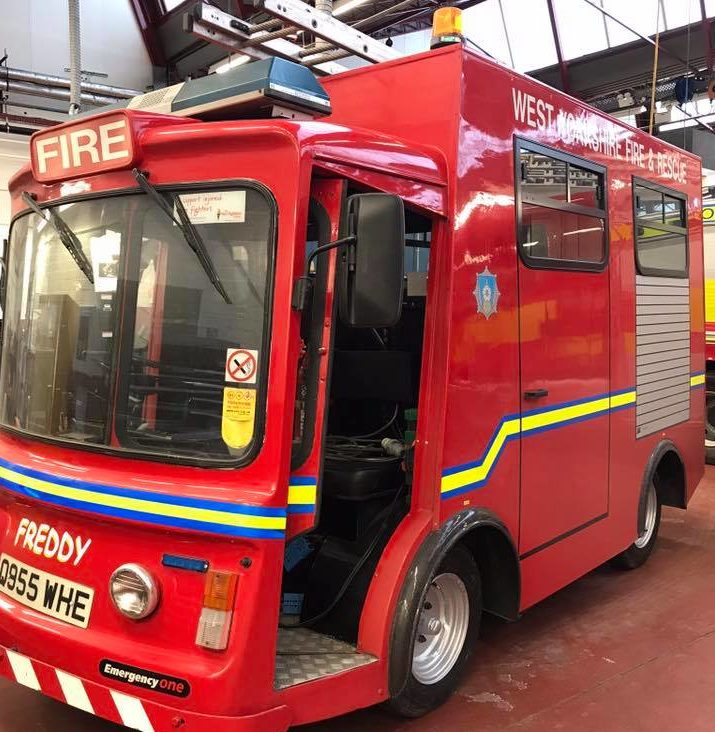 FireFest is on Saturday 18th of August and tickets are on sale now at!