Sir Elton John has decided to call it a day on his Las Vegas residency!

The multi talented performer has stated he will be wrapping at The Colosseum at Ceasars Palace on 19 May 2018. 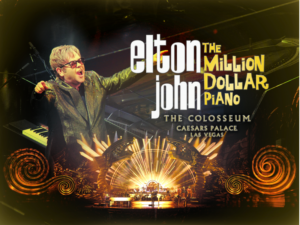 We can’t believe this incredible artist has done 450 shows there, as they say in Vegas Elton will most definatley be cashing his chips in!

If you remember, earlier this year, John missed a series of shows after he caught a bacterial infection in South America. So Elton has added 14 days on to his show!