We’re very sad to announce that David Bowie has died at the age of 69.

The rock legend, who only released his latest album ‘Blackstar’ on his birthday last Friday, passed away after an 18-month battle with cancer.

“While many of you will share in this loss, we ask that you respect the family’s privacy during their time of grief.​”

Bowie rose to fame in the late 60s and became one of the most influential acts in music history with his various personas and eclectic style. 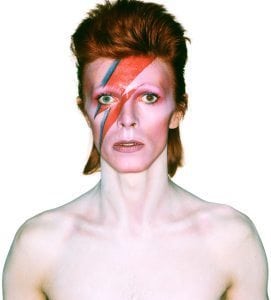 Here at ‘Tribute Acts Management’ we have been very proud to offer the closest tribute act to David Bowie for many years. Check him out here:

David Bowie will live on through the fans and through acts such as our tribute act who will continue to re-live Bowie’s live on stage magic for many years to come!