Is it the end for Take That?

As tickets have gone on sale for their 30thAnniversary tour next year, Take That have admitted that they have “no idea” what will come next for them.

With Robbie Williams currently judging on the X Factor, and Jason Orange still keeping a low public profile, it will be the recently familiar line up of Gary Barlow. Mark Owen and Howard Donald that will embark on the anniversary tour, and it could be the final chapter in a saga that is almost worthy of a Hollywood movie.

The band were thrown together way back in the nineties and incidentally became one of, if not THE biggest boyband the world has seen,  so when Robbie Williams left and the band subsequently splitting up, they left thousands, if not millions in heartbreak. 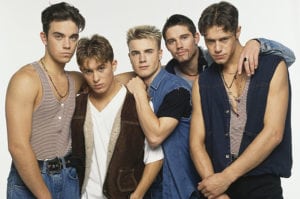 However in 2005, Gary, Mark, Howard and Jason announced they would be returning to the music scene as a group but still without Robbie, who was revelling is his stratospheric solo success. 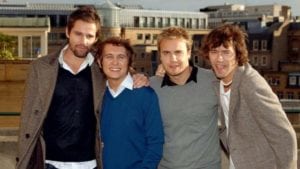 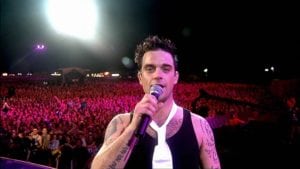 The band went onto to tour 3 times as a 4 piece and release two studio albums in Beautiful World and The Circus and had huge success. Then in 2011, the band gave Take That fans the moment they had waited for…the full group back together, as they announced that Robbie Williams would be re- joining the band for a one off tour. 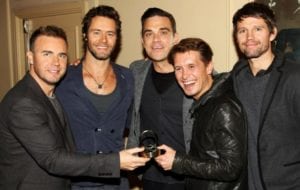 They then went on to release and tour the album Progress as a 5 piece. Following the conclusion of Progress, Robie returned to his solo duties, and Gary also released a solo album and followed it with a tour, as did Mark.

Then in 2014, the band took another huge blow. On the 25thSeptember, Take That released a statement saying that Jason Orange had decided to leave the group. Gary, Mark and Howard decided they would continue as a 3 piece and have since released 2 studio albums and toured both worldwide. 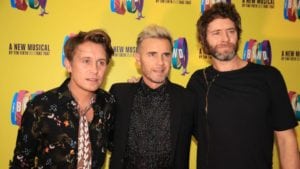 After a turbulent 30 years, the question still remains as to whether Odyssey will be the last we see of the group.

Speaking recently, Gary Barlow said, “The nineties era for us felt like chapter one. I do also feel like this particular album (Odyssey) feels like the end of chapter two and gives us the freedom to go wherever we want from this point.”

“It means we wrap up in a really nice way having celebrated all the music from the last 30 years, but it then gives us a doorway to something different and something new in the future”

He then discussed further the plans that the band have beyond 2019, adding on “

It could be anything. We obviously did a big reunion in 2011 with the 5 of us, so in some respect that’s part of chapter two, and listen, we’re not here telling you what chapter three is- we’ve no idea”.

“I don’t think there will ever be an announcement again that Take That are ‘splitting up’ but if we ever came back to this again it would be something different with a new idea in mind”.

Gary did however not fully rule out more projects, but insisted that if they did it would have to be something new.

The band have already received a backlash after ticket websites had a monumental crash after the mass of punters attempting to buy tickets.

They have already added extra dates due to the massive demand for tickets.

If you’re a Take That fan and you’re worried you may never see the full 5 together again, why not check out the next closest thing and go see our amazing act, Rule the World on their UK tour theatre tour featuring Dan Budd as Robbie Williams! 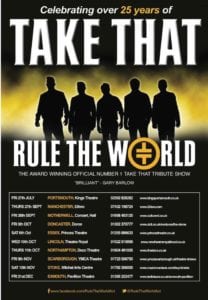 If you can’t make any of their tour dates, here at Tribute Acts Management we have PLENTY of Take That tribute acts and you can check them out HERE!