CAN ROBBIE BRING THE X FACTOR?

After opening the FIFA world cup in true Robbie fashion last week in Russia, Robbie Williams is reportedly set to become one of the judges on the new series of the X Factor with Louis Walsh heading in the opposite direction, and therefore leaving the show for a second time.

Apparently Robbie has always admitted he is a big fan of the show, and has made significant efforts over the years to crack his way into the X Factor bubble- who could forget his appearance at former head judge Gary Barlow’s judges house round, literally dressed as Sinitta! But now he seems to have nailed down his spot and if rumours are true, his wife Ayda is also setto join him on the panel- making them the first husband and wife judging couple the UK show has had. 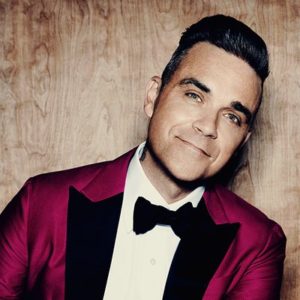 Robbie and Ayda’s seemingly laughter filled marriage could bring a well needed breath of fresh air to the judging panel on the hit show, which turns 15 this year! Last year the final of the show recorded it’s lowest ever ratings, so the influx of the Williams couple could be exactly what the show needs to revive itself! After being such a big part of British television for the last 14 years, it would be a shame to see it continuing to plummet.

Robbie does however remain tight lipped on the situation and spoke on ‘This Morning’ and stated that although nothing had been signed he would love to be a part of it.

Here at Tribute Acts Management we LOVE Robbieand have a wide range of tribute acts, lookalikes and sound-alikes to him, some even recognised by Robbie himself! We feel the show that our Robbie acts bring to their clients are of the highest quality and are so accurate in their recreations of Robbie’s high energy, crazy shows! If you would like to check out some of our Robbie tributes, click here. 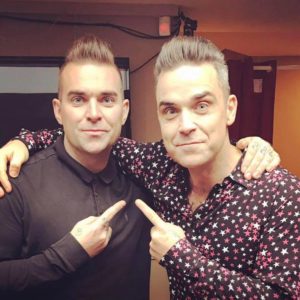 If you want to bring your very own Robbie Williams experience to your next event, then look no further than us here at Tribute Acts Management and please don’t hesitate to get in touch!

What do you think Robbie fans? Will we see Robbie on the X Factor this year?