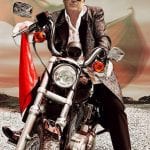 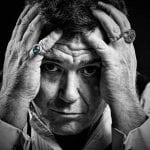 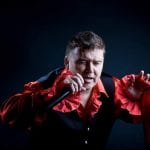 While singing in Spain after Peter performed the songs 2 out of 3 and you Took the Words Right Out of My Mouth. A gentleman from the audience suggested Peter should put together a Tribute Show to Meat Loaf. Since taking the man’s advice Peter has become one of the top tributes to the Rock legend.,

After honing his performances in Cyprus from 2008 to 2012 he has now established himself in the UK and Europe as one of the most sought after artists due to his sound/look alike persona.

Peter also offers his self contained show as a duet along with the assistance of Emma who also sings in the theatre show.

I’d Lie For You

It’s All Coming Back to Me Now

More Than You Deserve

Objects In The Rear View Mirror

Gonna Love Her For Both Us

Not A Dry Eye In the House

You Took The Words Right Out Of My Mouth

Everythings Louder Than Everything Else Los Angeloser

Life Is A Lemon

A Kiss Is Terrible Thing To Waste

Home By Now/No Matter What

Paradise By The Dashboard Light

Bat Out of Hell

For Crying Out loud