Home » Artists » The Killers » The Fillers 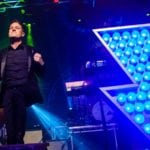 “You should check them out” Brandon Flowers on The Fillers, April 18th 2009

Since late 2006 in the era of Sam’s Town from the small town of Bury St.Edmunds (Suffolk’s very own Las Vegas) ”The Fillers” emerged to be the world’s first tribute band to “The Killers”

They capture the sound look and feel of the Vegas quartet performing tracks from Hot Fuss, Sam’s Town, Sawdust and Day & Age, Battleborn and Wonderful Wonderful.

Not only do The Killers know about us.. Members of the band have played with us and we have been given unprecedented access to their workings to give us the ability to recreate a Killers show as closely as possible. The attention to details is crazy and this extends to using only the best equipment including Nord keyboards, HiWatt amps and Craviotto drums.

The Fillers have played extensively around the world including such locations as the U.S.A, Ireland, Spain, Dominican Republic, The Netherlands, Italy, Channel Islands and Mexico filling in for The Killers, the band have played to audiences of up to 35,000 people on stages the have frequented by the real band and continue to expand as The Killers establish themselves as one of the worlds biggest bands.