We’re all so excited here at Tribute Acts Management to hear that pop sensation Ariana Grande has teased the release of her first new single since the horrific Manchester Arena attack.

Posting cryptic upside-down tweets and three Instagram posts suggesting that a new single, ‘No Tears Left To Cry’, will be released on Friday…woo hoo!

The mention of the release comes just over a month before the first anniversary of the terror attack during Grande’s concert in Manchester last year, in which 22 people sadly died and more than 500 were injured.

The cryptic tweet built up huge hysteria amongst fans and amassed more than 217,000 retweets less than a day after she posted it on Tuesday night.

Although we knew she’d return after Ariana tweeted and Instagrammed on New Year’s Day, when she said: “See you next year.”

On her Instagram page on Tuesday, she posted a series of three pictures which made up the words No Tears Left to Cry 4.20, but upside down.

Since the One Love Manchester festival our Ariana Grande tribute acts have been in high demand and rightly so as they are incredible!

Take a look for yourselves…https://www.tributeactsmanagement.com/artist-category/ariana-grande/ 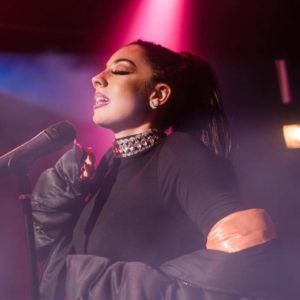