We all know that Lady Gaga is a singer and she has sold many albums throughout her career, but she is probably better known for the crazy way she dresses. We have seen her in everything from a meat dress to a dress made out of frogs, yet she continues to surprise us every day with her different outfits. Because of that, we decided to compile a list of the wackiest outfits Lady Gaga has ever worn and you can check them out right here! 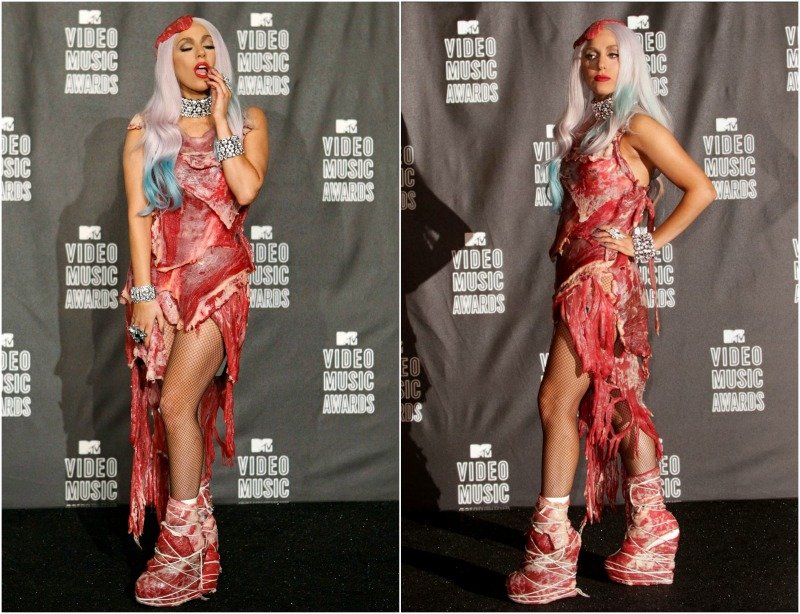 Of all the outfits, the famous meat dress has to be top of the pile m. Lady Gaga wore this to the 2010 Video Music Awards on MTV and it was one of many extreme outfits worn by her that night! 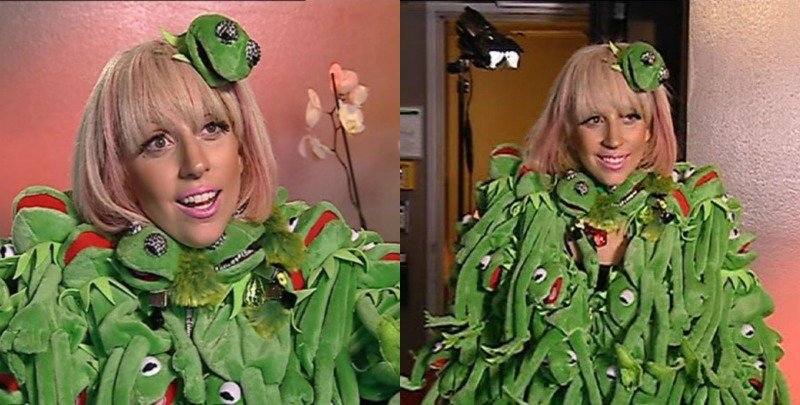 Lady Gaga made an appearance on German TV wearing a jacket of frogs. Kermit the Frog must have been her favourite tv character at the time!

Lady Gaga is a superstar, and her outfit reflected that literal translations when she arrived at the VIP ROOM Club on Nov. 25, 2014 in Paris, France. 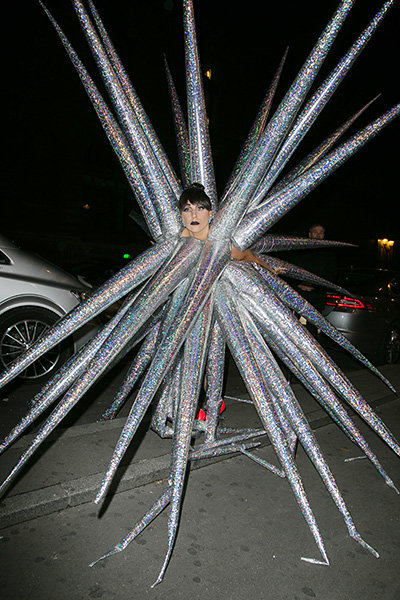 Is Lady Gaga heading into battle? No one will be able to get close to her, or her iconic wigs, with the kind of protective gear she wore on March 22, 2014 in New York City. 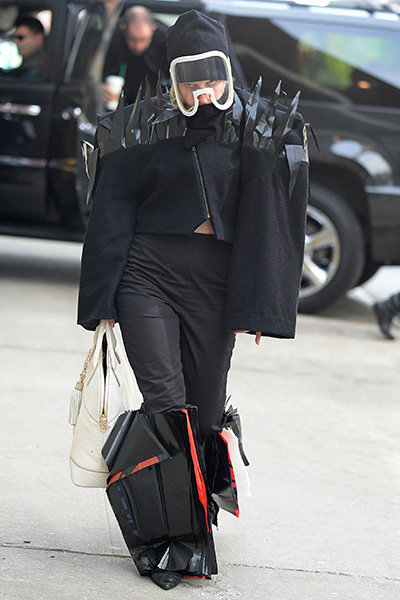