Here at Tribute Acts Management we’re BEYOND excited to learn that ABBA are going to be releasing brand NEW music! WOW! What a time to be alive!!!

Over 35 years after they originally split up, ABBA have now confirmed that they have been in the studio and have recorded TWO… yes TWO BRAND NEW SONGS!!

All four of the original group members have come back together to recored these brand new tracks, the first of which, will be called ‘I Still Have Faith In You’ and will be debuted at the end of this year in December as part of an upcoming TV special, produced by the BBC and US network NBC.

In a joint statement, band members Björn Ulvaeus, Benny Andersson, Agnetha Fältskog and Anni-Frid Lyngstad told the world: “The decision to go ahead with the exciting ABBA avatar tour project had an unexpected consequence.

“We all four felt that, after some 35 years, it could be fun to join forces and go into the recording studio. So we did. And it was like time had stood still and that we had only been on a short holiday. An extremely joyful experience!

Unfortunately any fans hoping for a full-blown reunion will be disappointed, as the band will NOT be reuniting to the stage and ‘I Still Have Faith In You’ will be performed by the ABBA “avatars” – virtual versions of the band – as opposed to any live performances. What a shame!

A spokesperson for the group, Gorel Hanser said: “You can not expect them to join forces on stage again. They will not do that.”

The band’s recent studio sessions were also described as “easy as anything”, with Gorel adding the new material would sound “familiar, but also modern”.

The title of the second song has not been revealed, and the band have not said when fans will be able to hear it.

ABBA announced their “virtual and live experience” in 2016, a joint venture between Universal Music Group and Simon Fuller, who famously managed the Spice Girls at the height of their success, and is behind their mysterious upcoming reunion project. 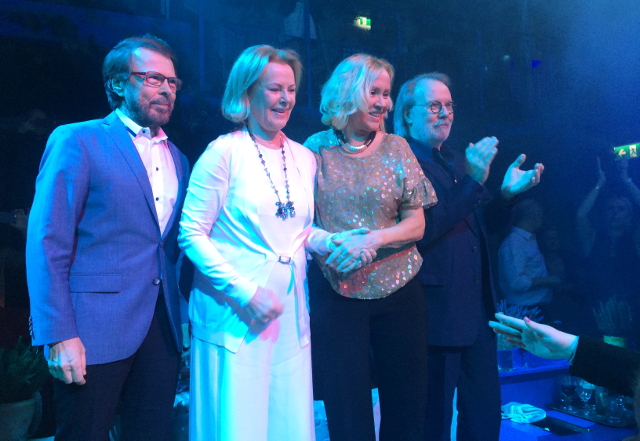 They have previously turned down multiple reunion offers, with reports suggesting they even said no to an alleged £1 billion to reunite for a new world tour.

It’s going to be an extremely exciting year for all ABBA fans, with a sequel to the jukebox musical ‘Mamma Mia!’ also scheduled for release this summer, with the film’s original cast all set to return, alongside newcomers Lily James and Cher.

Don’t forget we can provide our fantastic ABBA tribute bands for any events. Please don’t hesitate to get in touch if you want to relive some of that ABBA music live in concert available to play at any type of occasion. Call us on 01274 675943 or email info@tributeactsmanagement.com to ask us any questions / advice and to get accurate quotes.